Hyperproduction is a system that makes it simple to create data mappings between real-time systems. Where there is any kind of control data flowing and some calculation needs to be done, from simple scaling to linear combinations of many parallel paths, Hyperproduction allows interaction designers to really quickly build processing pipelines for control. 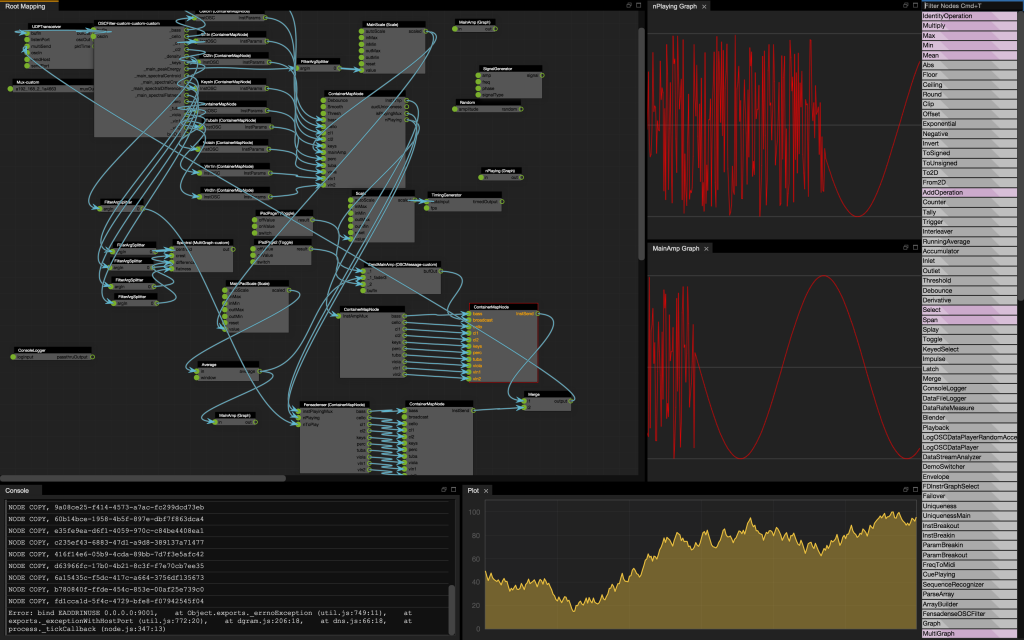 For a long time, Peter and I have used mappings as the basis of our performance systems. Peter first wrote about it in his MS thesis and it was the driving philosophy behind Tod’s opera, Death and the Powers.

I wanted to build a system that was more flexible in architecture and capable of representing more complex data structures than simple continuous flows. This is explored more thoroughly in my thesis, although the project has matured quite considerably since then.

We now have quite a few people contributing and expanding the project:

These folks are doing amazing work. The system is out in the wild and has so far been used on the following projects: